I NEED A VACATION FROM MY VACATION

Has this ever happened to you before? You go on vacation and you come home almost more tired than before you left? That's kinda how I am feeling right now.

The hubby went to San Diego for the Comic-con( you will find more about that at his blog www.ledkillaloves.blogspot.com in a few days) Anyway I digress. So I decided to take the week off from work and head up to the cottage with the girls. My folks headed up too. It was going to be a great week of sun, sand and relaxation. Or rather that was the plan!

Firstly, the sun seemed to take a vacation on my vacation. It made only brief appearances. The rain on the other hand, it made a grand showing. It poured rain for hours and hours on end. And you can only guess what that did for the mood in the cottage, especially when a 4 year old and a 6 year old were cooped up inside for hours and hours on end. There is only so long we could listen to the same songs over and over again as the two little dancers strutted their stuff. And even the two of them could only dance for so long before they started to go after each other. I was a mediator or rather referee more often than I was a member of the audience.

Don't get me wrong there were some good points. I did get to read a pretty good Nora Roberts book called Brazen Virtue. It was a fast read. I also got a chance to remember why I love Vanity Fair magazine once again. It seems the only time I get to really read the magazine is at the cottage. They are always old issues, like 2 years old but they are just as good as they ever were. I get up to the cottage and almost read each issue from cover to cover. This cottage visit I read an article on Katherine Heigl, Pitcairn Islands where the mutineers from the Bounty settled, a tragic piece about a couple called the East Village Suicides, just to name a few. It was a great week for reading. The weather sucked but the reading was good. I was feeding my brain after a long, long literary diet. It has been so long since I have been able to savour some good writing, or any writing for that matter. I feel much better for the chance to get some reading done, I needed the brain nourishment. My brain was starting to die of starvation, so too was my imagination I think.

The reading aside, I must admit the kids were actually starting to drive me a bit insane. They were at each others throats almost all week. The fighting, quarrelling, squabbling, whatever you want to call it, was nearly more than I could take. And by the time we go home today I was ready to lock myself in the bathroom, screaming! The fighting continued and my oldest daughter was more than a little bit emotional. I think we all need a vacation from the vacation.

Tonight at bedtime, in the quiet of their bedroom, my oldest daughter said to her sister and me, "Isn't it so good to be home?!" She must have said it 4 or 5 times in the minutes as she drifted off to sleep. What does that say? To me that says it all.
Posted by Unknown at 11:07 PM No comments: Links to this post

BIZ ON THE BRAIN!

I have long been thinking about starting a business. Something creative.

I have lots of ideas but haven't yet made the jump. It's a bit scary. I have long been an employee. I have been a journalist in broadcast media for the past 12 years or so. I am also a freelance writer. Starting my own business is something very different for me. It is nothing I have ever done but I have always been creative, whether in my writing, my holiday decorating in my home or lately, planning and hosting parties for my daughters.

I almost don't know where to start. Although, I have to say that there have been a few women business owners who have offered an endless amount of advice and support. These are women who don't know me at all. I contacted them via email and they responded. One of these women actually offered a phone number. Victoria Turner owns her own company making baby slings and other baby/mother accessories. Her company is called Pippalily.

Victoria offered her time and that was invaluable. Priceless. We spoke on the phone and she offered advice, tips, tricks and support. Support is an amazing thing, especially from a woman that I didn't even know. Victoria was willing to share her experiences and her knowledge with another woman hoping to start a business. That is what is so inspiring and unbelievable about so many woman who run their own businesses .

Victoria helped me in more ways that even I could imagine. While I am still working on the plan, and the business is still just a thought, I know that what I have learned from other woman who run successful business will play a big role in my own success.

Thank you to everyone who has helped me in some way, shape or form from complete strangers to my closest friends and family. It helps on the journey of life!

I am hoping this will be the start of something! 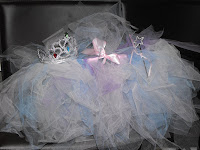 Tutus could be my future! A dream for every little princess! What do you think?

Posted by Unknown at 3:15 PM No comments: Links to this post

So I am sitting here thinking about how time flies. The years just seem to melt away, no matter how hard we try to keep them solid, and firmly in our hands.

Tomorrow my baby turns 4. That's right 4! I can't believe it. My husband and I often joke with our kids, telling them to stop growing, that they aren't allowed to grow up. We are partly joking, but a little part of my heart -- OK, a big part of my heart -- is speaking a deep truth. All I want to do is keep my babies wrapped in my arms, safe from the world and close to my heart. As every parent knows it just isn't possible nor would we really want it to happen. Seeing my girls grow up, while it hurts my heart, warms my heart at the same time, and gives me a feeling of great pride.

I remember the day both my babies were born. When "M" was born almost 4 years ago I couldn't wait to get home to introduce her to her big sister "K". And now so many years later they are the best of friends.

Tomorrow we will have a family party for "M". A party she is now calling her dinner party!

What are your memories of your children growing up? Would love to hear some of your stories!
Posted by Unknown at 10:43 PM No comments: Links to this post

A TUTU FOR A PRINCESS 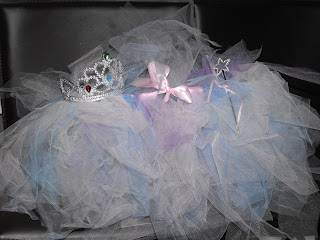 Here are a couple of better pictures of my hand-made tutus for my daughters princess themed birthday party! 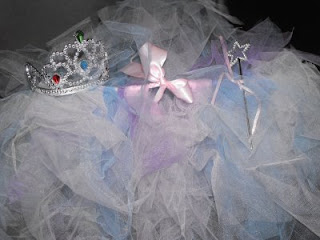 Posted by Unknown at 12:07 PM No comments: Links to this post

TUTU'S FOR A PRINCESS

So my baby is about to turn 4. I can't believe it. 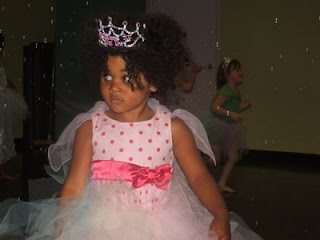 She is a summer baby, obviously and that means parties are now easy task when it comes to having friends come. This year was "M's" first ever kids party. We have tried before but last year we just couldn't find a day when all of her friends were in town. So this year we started asking before the school year was over, getting everyone to check their Mommy daytimers. And low and behold, everyone who was on the invite list was in town. Amazing!! Planning got underway.

We picked a theme. "M" is a true princess, in every way so it was a natural fit. She wanted a princess party. 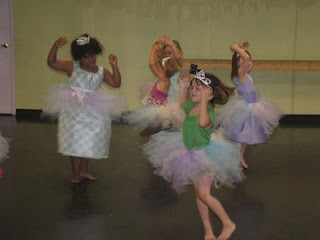 We picked a venue. My little princess is a dancing princess and wanted to have her little party at her dance studio. Done!
We picked a guest list. All the friends, oops I mean princesses, that she wanted at the party were invited, including a real princess.
We picked an outfit: So, if you noticed in an earlier post, big sister had a Minnie Mouse party, including ears and skirts for every guest. Can you see where this is going? So "M" sprung it on us a week before the party, naturally everyone at her party would be getting skirts. Needless to say, Mom got planning, and I mean fast. I came up with the idea of tutu's that I would make. And every princess would also get their own crown.
It was actually a really fun party to plan. I had a great time and the tutu's turned out FABULOUS! I think a business idea has been born. 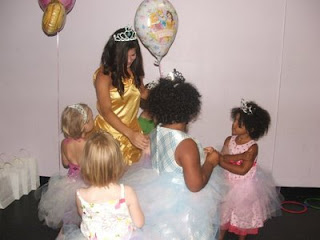 
Posted by Unknown at 9:08 PM No comments: Links to this post

THE POWER OF THE WEB

This past week, the week since Michael Jackson died, has been interesting. Interesting to me because of the role the Internet has played in spreading news, rumour, opinion, speculation, you name it was spread. I work in the media in my full time working life. I was in the newsroom the day Michael Jackson died. I arrived in the newsroom just as news was rising to a fever pitch about the pop icon. Every computer in the newsroom was being used to search for information, any information, true or not, about Jackson. We weren't alone in that, there was so many people world wide searching for any word on the fate of Jackson that it actually crashed or slowed several sites, including google, twitter and TMZ.com . There are a few articles online about what happened.

I realize how much my own habits have changed, and how I find information and news. More and more I find that I am turning to my computer before I turn to the T.V or radio for news. It's an interesting admission for someone like me, especially since I make a living by working in radio news. I think many traditional news outlets/stations under estimate the importance of the Internet/websites. It is the window to the world and I think anyone not keeping up on their websites or keeping a strong online presence are missing out.

What do you think? Do you think traditional media is keeping pace in this technological age?
Posted by Unknown at 7:19 PM No comments: Links to this post

You Can Also Find Me Here